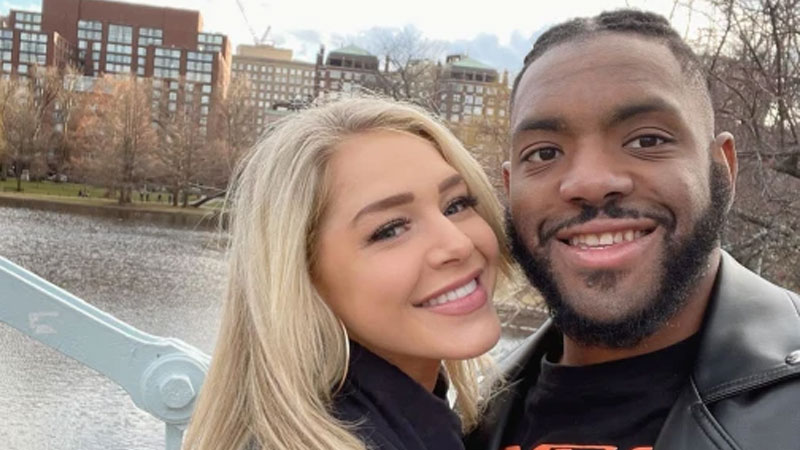 An OnlyFans model who fatally stabbed her boyfriend in Miami was arrested in Hawaii and is expected to be extradited on a charge of second-degree murder, authorities said.

Courtney Clenney, 26, was charged with second-degree murder with a deadly weapon in the April 3 stabbing of her boyfriend, Christian “Toby” Obumseli, the state attorney for Miami-Dade County, Katherine Fernandez Rundle, announced Thursday.

Rundle described the couple’s relationship, which began in November 2020, as “extremely tempestuous and combative.” She said the building management where Clenney and Obumseli lived documented multiple instances of loud arguments and was ready to evict the couple before Obumseli’s death.

Clenney had kicked Obumseli out of their apartment in the last week of March, but the couple seemingly reconciled two days before his death.

Investigators believe Obumseli was stabbed between 4:33 p.m. and 4:57 p.m. on April 3, Rundle said. Key fob records show him leaving the apartment shortly after 1 p.m. and returning to the building at 4:32 p.m.

Shortly after, neighbors began calling building security reporting a disturbance in their apartment, and security called police at about 4:46 p.m., Rundle said.

Police found that Clenney made two calls to her mother during that time frame before she called 911 herself at 4:57 p.m. requesting help for Obumseli.

“On that 911 call Christian can be heard in the background. We repeatedly say that he was saying and he was losing feeling and his arm,” Rundle said. “Defendant Clenney is also heard saying, ‘I’m so sorry.'”

In a statement to police, Clenney’s mother said she heard her daughter yelling at Obumseli to leave the apartment while she was on the phone with her.

Clenney told police that after an argument, Obumseli grabbed her by the throat and shoved her against a wall.

“Then she says he threw her to the ground but allowed her to get up,” Rundle said, recounting Clenney’s interview. “And it was at that point that Clenney went to a kitchen area and got the knife as Christian sort of approached her. She threw the knife at him from a distance that she’s estimated to be about 10 feet.”

A medical examiner’s report found that Obumseli’s stab wound occurred from a “forceful downward thrust.” Rundle said the chief medical examiner disagreed that a throw from that distance could have caused the fatal stab wound.

“The police observed no visible injuries, which would have corroborated her account,” Rundle said.

Clenney was taken into custody Wednesday by the Hawai’i Police Department while she was in rehabilitation for substance abuse and post-traumatic stress disorder, said her lawyer, Frank Prieto, confirming comments first reported by The Miami Herald.

She was being held at the East Hawai’i Detention Center and was expected to make a first appearance in local district court Thursday, the department said. Rundle said Clenney’s attorney indicated she will not contest her extradition to Florida.

In a statement, Prieto, who has previously described the couple’s relationship as “clearly toxic,” said he was “completely shocked” at Clenney’s arrest because of “the clear evidence of self-defense in this matter.”

“Obumseli attacked her and choked her that evening,” he said. “Courtney had no choice but to meet force with force.”

Rundle accused Clenney of being the aggressor in the couple’s tumultuous relationship.

Rundle showed an elevator video from February, a month after the couple moved into their apartment, in which Clenney appears to initiate a physical assault on Obumseli during an argument. It’s unclear what happened before the couple began walking into the elevator.

“You will draw your own conclusion, but it certainly appears that the defendant was aggressively attacking Christian,” Rundle said.

Larry Handfield, a lawyer representing Obumseli’s family, said the announcement of a charge against Clenney were a relief to the family. He also accused Clenney of having a “history of being the aggressor” throughout the couple’s relationship.

“What you saw in the elevator was just an isolated glimpse of a pattern of conduct that was demonstrated by the defendant in this case,” Handfield said.

A cousin of Obumseli’s has previously said the family has “no cause to believe that this was a case of self-defense,” adding: “Toby was raised by a very strong family, with strong morals, strong values. He does not come from that.”

Clenney appeared on OnlyFans under the name Courtney Tailor and has 2 million followers on Instagram. 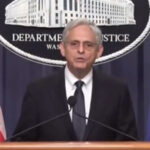 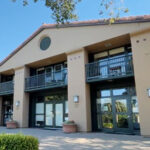