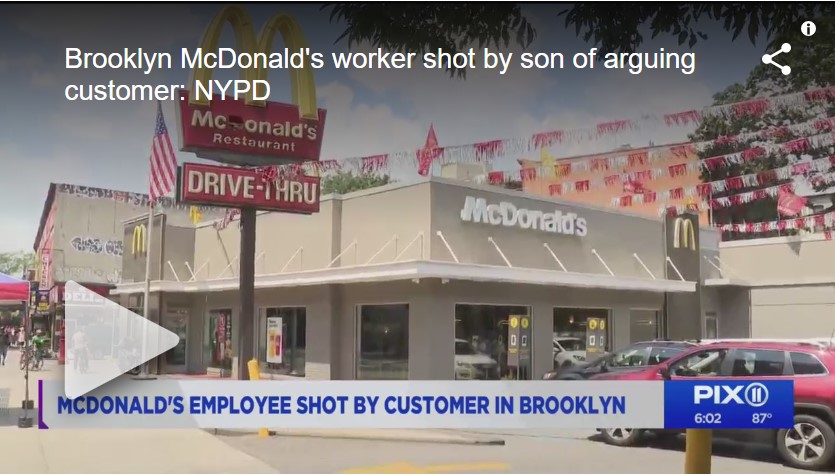 BEDFORD-STUYVESANT, Brooklyn (PIX11) — A McDonald’s worker was shot in the neck and critically wounded Monday evening in Bedford-Stuyvesant, allegedly by the son of a customer who had argued with the victim over cold French fries, according to police and sources.

The violent chain of events began when the 23-year-old worker and the customer got into a verbal dispute related to her order at the McDonald’s on Fulton Street near Throop Avenue around 7 p.m., authorities said.

Sources told PIX11 News that the customer claimed her fries were cold, and requested that the worker prepare a new batch. The worker, however, refused, insisting that the fries the customer received were freshly made, sources said. The worker then escorted the customer out of the restaurant, according to sources.

During the exchange, the woman was on a FaceTime call with her 20-year-old son, who rushed over to the McDonald’s, allegedly carrying a gun in the waistband of his pants, sources said. The son, whose name has not been released by police, then allegedly went behind the restaurant’s counter, smashed property, got into a shoving match with at least one employee, and refused to leave, sources said.

Meanwhile, the worker involved in the initial dispute over the cold fries left the restaurant, encountered the woman outside, and got into another argument with her, this time over her son’s conduct inside the fast food restaurant, sources said.

During that dispute, the woman’s son finally left the McDonald’s, saw the worker arguing with his mother, and allegedly got into a fistfight with him across the street from the restaurant, sources said. As the worker gained the upper hand, the customer’s son allegedly pulled out the gun and opened fire, sources said.

Police said that the victim was struck in the neck, by a single bullet. First responders rushed him to a hospital, where he is listed in critical condition.

Family members of the victim, who police say has never been in trouble with law enforcement, spent all night Monday and most of the day on Tuesday at the hospital.

The family declined requests to comment on the record but indicated to PIX11 News that they were devastated.

The alleged gunman was taken into custody at the scene, officials said. The suspect has not yet officially been charged.

Some customers at the McDonald’s were talking on Tuesday about the Monday evening tragedy.

“[It’s] over small, petty things,” said Rita Romero, as she and her sons headed into the fast food restaurant. “It’s so sad.”

Esther Oshry said that she’d been at the McDonald’s on Monday, before the shooting. 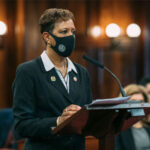