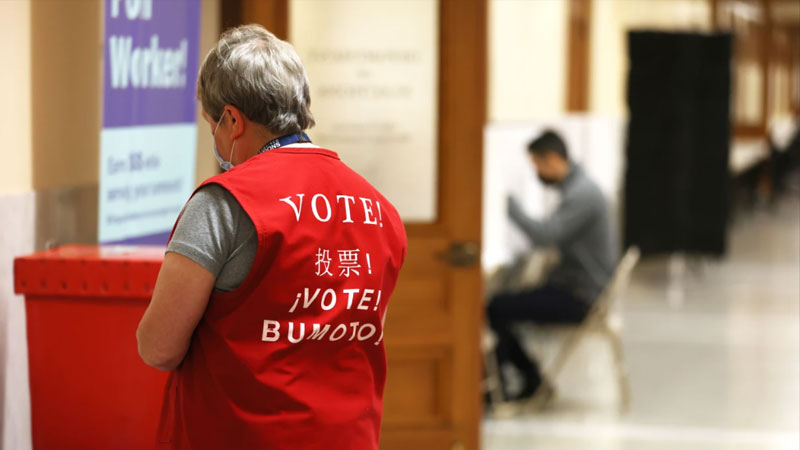 “We’re navigating a very challenging last couple of years,” an expert said. “It really says something about these candidates that they’re willing to be very visible.”
By Sakshi Venkatraman

As an openly gay South Asian woman growing up post-9/11, she felt that few people could understand her specific experience — and that representation was nonexistent.

Running for Oakland City Council this year, Ramachandran hopes to change that. If she’s successful, she’ll be the city’s first South Asian councilmember and the only LGBTQ woman councilmember in the state.

Her run is reflective of what experts say is a demographic shift in the country’s politics. Since 2018, the number of LGBTQ Asians running for office has more than doubled. This year, that group is bigger than ever.

“We’re navigating a very challenging last couple of years with anti-Asian hate combined with anti-LGBTQ hate,” said Albert Fujii, press secretary of Victory Fund, an organization that supports LGBTQ people in politics. “It really says something about these candidates that they’re willing to be very visible.”

Two years into the Stop Asian Hate movement, Fujii says the changing climate for Asians has caused a dramatic increase in community members getting political.

“I think that for so many folks who are interested in public service, sometimes it takes an event or a rough couple of years to be the catalyst for getting to that moment where enough is enough,” he said.

In 2018, only 20 candidates nationwide identified as both Asian and LGBTQ. In 2020, that number only marginally increased, with 23 Asian LGBTQ names on the ballot. This year, there are 41, according to Victory Fund.

“Obviously, we have a long way to go in terms of addressing that representation gap,” Fujii said. “But we’ve come a long way.”

Sam Park, 36, a Korean American and the first openly gay man ever elected to Georgia’s state Legislature, says being the only Asian person at his Atlanta elementary school was surprisingly good practice.

“I was terrified of running as an openly gay candidate, especially with my experience of growing up as a gay Asian in the South,” said Park, who is a Democrat and was elected in 2016. “As a son of immigrants who came from humble beginnings, politics seemed inaccessible.”

He watched laws pass over the years codifying discrimination in Georgia and demonizing the LGBTQ community. Even in his own home, he said, he battled layers of conservatism.

“One was just being in the South and being in a conservative culture,” he said. “That was reinforced by growing up in a Korean house, which leans more conservative. … And then, I grew up a Southern Baptist. So I heard growing up that if you’re gay you’re an abomination. You go to hell.”

He spent his youth and early 20s reconciling being Korean American and being gay, he said, and as a community leader, both now feed seamlessly into his work. Much of his time in office is spent combating anti-Asian hate, whether that be granular incidents of violence or organized rhetoric from political machines.

“The blatant xenophobia and racism that we’ve seen from Trump and Republicans in trying to scapegoat Asian Americans for the worst public health crisis in this country’s history,” he said. “I think it’s really made us [Asian Americans] understand why political participation is so important.”

Running for reelection, he sees an entirely different landscape for Asian representation than when he first started.

“When it comes to Asian American political power and participation, we’ve seen a marked increase over the past five to six years, but really highlighted during the 2020 election,” he said. “In 2016, I was the only Asian American serving in the state Legislature. Now, I think there’s five or six, and each of them have made history in their own right.”

Having lived in both the U.S. and India, Ramachandran says she can draw parallels.

“Bangalore shows a lot of the same problems that Oakland does when it comes to gentrification, affordable housing, pollution, infrastructure and, of course, corruption,” she said.

She’s grown up watching her mom fear dealing with police, and she’s experienced firsthand the misogyny that comes with trying to succeed as a woman. When she ran for the California state Assembly last year, she recalls many people in her life urging her not to.

But her campaign was more successful than she could have imagined, she said. After making it to the runoff, she ultimately lost to Mia Bonta.

The race ahead feels distinct, she said. There’s a potential for it to culminate in many “firsts” for her, but overall, Ramachandran says it represents a much broader cultural shift in who gets to run for office.

“I remember so clearly everyone telling me not to do it just over a year ago,” she said. “I want to show people that this is changing. Voters are ready for things that are new. And if we’re going to say we support LGBTQ leadership, API, women leadership, our own communities have to step up.” 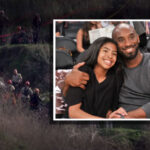 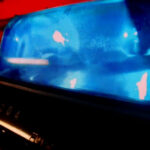 Police: 12-year-old brought gun to school in Tooele ‘for protection’