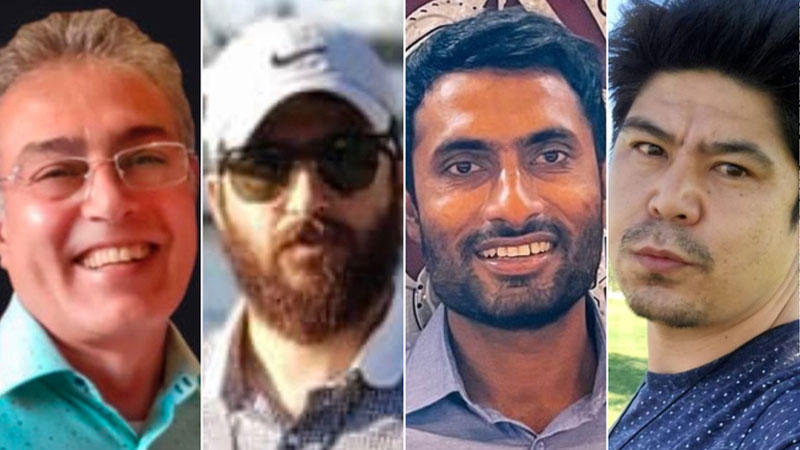 (CNN)The ambush-style shootings of three Muslim men and the recent killing of a fourth in Albuquerque have alarmed the city’s Muslim community and triggered warnings for mosque-goers as police investigate how the shootings may be linked.

The killings of Mohammad Ahmadi, 62, Muhammad Afzaal Hussain, 27, Aftab Hussein, 41, and Naeem Hussain, 25, all have one commonality: the victims were all Muslim and of South Asian descent, according to Albuquerque police.

The three most recent killings happened within the span of two weeks, putting the city on edge as police probed for potential links between the attacks, and put a spotlight on an unsolved homicide from November 2021.

“While we are still sifting through all the evidence to look for more connections, it is deeply troubling that these three men were Muslim and of similar descent,” deputy commander of Albuquerque Police Department’s Criminal Investigations Division, Kyle Hartsock, said. 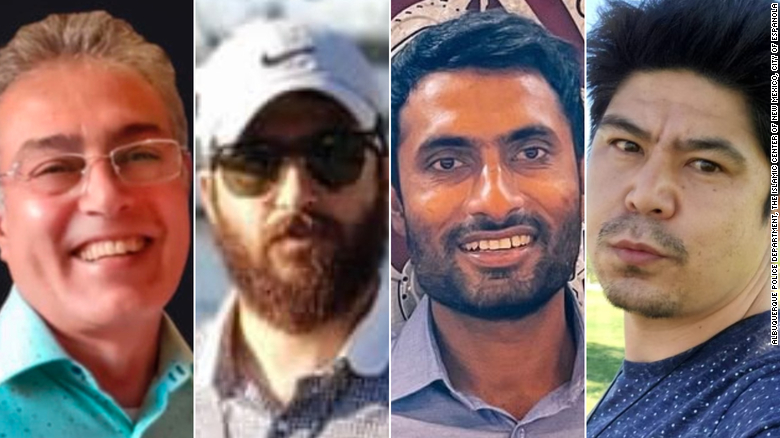 The FBI is assisting with the investigation, and an online portal was set up for residents to upload videos and images which might help authorities investigating the killings. The local Crime Stoppers Board has also voted to increase a reward for information leading to an arrest to $20,000.

Police have not come out with any descriptions of a suspect or suspects in the killings. They have, however, said they are seeking “a vehicle of interest,” which may be connected to the four killings. The vehicle is a dark silver sedan-style Volkswagen Jetta or Passat with tinted windows.

Here’s what we know about the killings and the investigation so far:

How did the killings happen?

The most recent of the killings was reported Friday, when Naeem Hussain was found dead by Albuquerque police officers who responded to reports of a shooting just before midnight in the area of Truman Street and Grand Avenue.

After the discovery, Albuquerque police said the homicide “may be connected” to three previous killings of Muslim men from South Asia.

Those three men — Muhammad Afzaal Hussain, Aftab Hussein and Mohammad Ahmadi — were all “ambushed with no warning, fired on and killed,” Hartsock previously said. 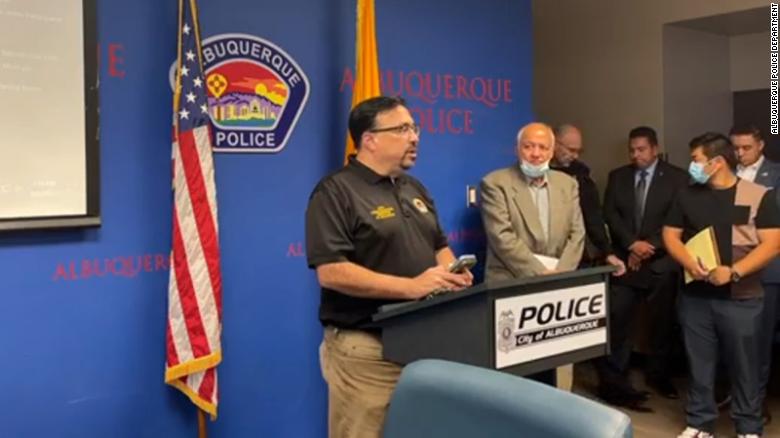 Related Article: A fourth Muslim man was killed in Albuquerque after authorities said 3 similar killings may be connected

Two of them, Muhammad Afzaal Hussain and Aftab Hussein, were both Pakistani men and were killed in Southeast Albuquerque near Central Avenue. Police said they “determined there is a connection” between those two deaths.

Muhammad Afzaal Hussain was shot and killed on Aug. 1. He was found on a sidewalk in the area of Cornell Street and Lead Avenue.

Just days before, on July 26, Aftab Hussein was found with apparent gunshot wounds in the 400 block of Rhode Island. He later died as a result of his injuries, police said.

As investigators probed the recent killings, they turned their attention to the Nov. 7, 2021, homicide of Mohammad Ahmadi, a Muslim man from Afghanistan who was killed outside a business he ran with his brother on San Mateo Boulevard.

Who are the victims?

Naeem Hussain migrated as a refugee from Pakistan in 2016 — fleeing persecution as a Shia Muslim — and had just become a US citizen last month, according to his brother-in-law, Ehsan Shahalami.

He opened his own trucking business this year and was described as being a kind, generous and hardworking person.

The day he was killed, he had attended a funeral for the two recent victims and expressed fear about the shootings, according to a spokesman with a mosque in Albuquerque.

Muhammad Afzaal Hussain worked on the planning team for the city of Española. He had studied law and human resource management at the University of Punjab in Pakistan before receiving both master’s and bachelor degrees in community and regional planning from the University of New Mexico, according to a news release from the mayor.

“Muhammad was soft-spoken and kind, and quick to laugh,” Mayor John Ramon Vigil said in a news release last Wednesday. “He was well-respected and well-liked by his coworkers and members of the community.”

Where does the investigation stand?

So far, police have released a flyer showing a “vehicle of interest” in all four killings. But it remains unclear who the car belongs to, or how they are potentially connected to the attacks.

Police said the vehicle “is suspected as being used as a conveyance in recent homicides of 4 Muslim men.” 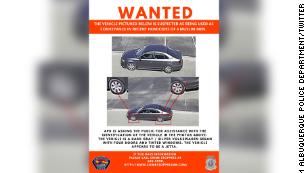 The vehicle of interest in the recent killings of four Muslim men in Albuquerque, New Mexico.

“We have a very, very strong lead. We have a vehicle of interest … we have got to find this vehicle,” Albuquerque Mayor Tim Keller said. “We don’t know at this point what it is associated with, or who owns it.”

While police have not definitively said all four attacks are connected, they have said they are looking into whether it is the case.

“There is one strong commonality in all the victims; the race and religion,” Hartsock said in a Thursday briefing.

Authorities are asking the public to come forward with any information which might help in the investigation. Tips may be submitted to the Albuquerque Metro CrimeStoppers website.

How are local and national leaders responding?

“I am angered and saddened that this is happening in New Mexico, a place that prides itself on diversity of culture and thought. This is not who we are,” Grisham said in a statement. “We will not stop in our pursuit of justice for the victims and their families and are bringing every resource to bear to apprehend the killer or killers — and we WILL find them.”

The attacks have also drawn condemnation from President Joe Biden, who said he was “angered and saddened” by the attacks.

“While we await a full investigation, my prayers are with the victims’ families, and my Administration stands strongly with the Muslim community,” Biden wrote on Twitter.

The city is now increasing police presence at mosques, Muslim-affiliated schools and the University of New Mexico. 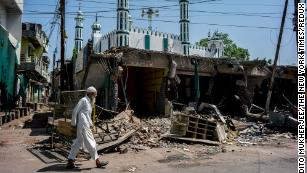 Opinion: In the world’s largest democracy, ‘looking Muslim’ could cost your life

“Albuquerque is on edge right now, and I want to be clear that we, and our partners across law enforcement, are directing every possible resource to these cases. We will protect our community and bring the perpetrator of these crimes to justice. We unequivocally denounce these senseless killings and stand with our Muslim community against intolerance and violence in every form,” said Keller.

“We have heard from the community that the fear is so strong, there is a concern about even things like groceries and getting meals for certain folks in certain areas of town,” Keller said in a weekend briefing. “Our senior affairs department and our community safety department is going to be providing meals as long as we need, to anyone who needs a meal who is affected by this tragedy.”

Meanwhile, local and national Muslim groups have been warning residents to be cautious.

“We urge everyone to take precautions and be aware of your surroundings including making sure that you are not being followed home and avoid walking alone at night,” Islamic Center of New Mexico posted on Facebook. “This is especially true for our members living in the southeast part of the city where these killings have taken place.”

The center said while there is no evidence its mosque is being targeted, it is still taking steps to provide additional security measures.

“The lives of Albuquerque Muslims are in danger. Whoever is responsible for this horrific, hateful shooting spree must be identified and stopped — now,” stressed Council on American-Islamic Relations National Deputy Director Edward Ahmed Mitchell.

The Council is offering a $10,000 reward for information leading to an arrest and conviction of those responsible, the organization announced, calling the series of killings a “horrific, hateful shooting spree.” 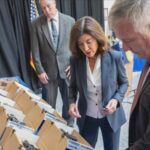 Where do the guns come from? Special unit of NYSP tracking them 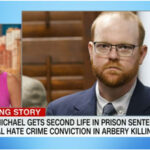