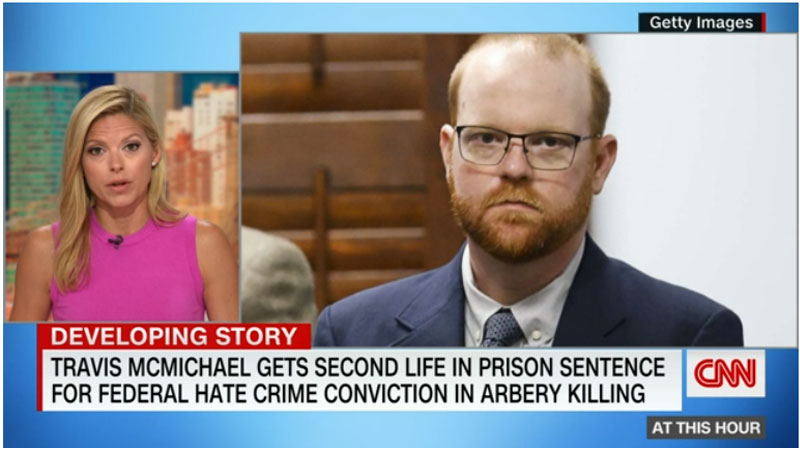 (CNN)Gregory and Travis McMichael, the White father and son convicted in the killing of Ahmaud Arbery, were sentenced Monday to life in prison for their federal convictions on interference with rights — a hate crime — along with attempted kidnapping and weapon use charges.

Their neighbor William “Roddie” Bryan Jr., the third man involved in Arbery’s killing, was sentenced by US District Court Judge Lisa Godbey Wood to 35 years, which will be served at the same time as his state sentence.

All three men already are serving life sentences for their convictions in state court on a series of charges related to the killing of the 25-year-old Black man, including felony murder.

They will be remanded to state custody to begin their sentences, the judge ruled. Their attorneys had argued they should serve their terms in federal prison.

“I’m very relived, I’m glad, I’m thankful,” Arbery’s mother, Wanda Cooper-Jones, said after court. “I want to say thank you to each and every one of you who stood with us through this long process.”

During their victim impact statements, Cooper-Jones and other members of the family asked the judge to give the defendants the maximum possible sentence under federal guidelines.

“Your honor,” Cooper-Jones said, “I feel every shot that was fired every day.”

Travis McMichael, his father and Bryan were found guilty of the federal charges in February, with the jury accepting prosecutors’ argument the defendants acted out of racial animus toward Arbery.

“The Justice Department’s prosecution of this case and the court’s sentences today make clear that hate crimes have no place in our country, and that the Department will be unrelenting in our efforts to hold accountable those who perpetrate them,” Attorney General Merrick Garland said. “Protecting civil rights and combating white supremacist violence was a founding purpose of the Justice Department, and one that we will continue to pursue with the urgency it demands.”

Travis McMichael and Gregory McMichael were also sentenced Monday to 20 years on the attempted kidnapping charges, to be served concurrently with their state sentences, Godbey Wood ruled Monday. 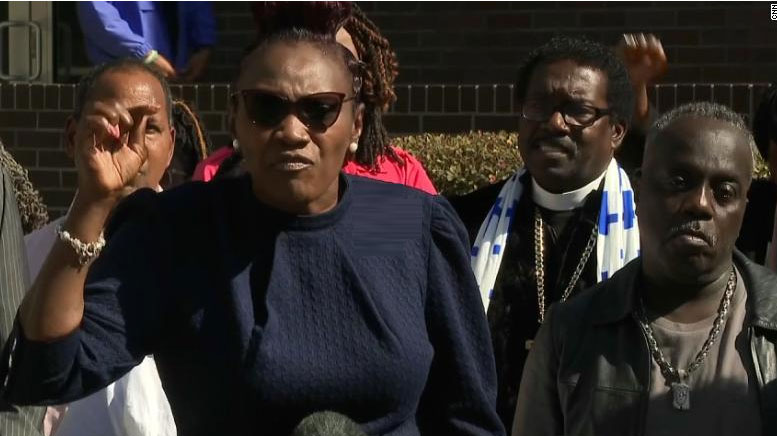 The judge noted that Bryan, who recorded the shooting and notified police of the video, should be distinguished from the McMichaels. Bryan was not armed while the McMichaels were.

“To give you a life sentence would be to not distinguish you at all from the McMichaels,” she said, adding that Bryan still deserved a long sentence. She noted he would be 90 when his federal sentence ends.

The sentencing of both McMichaels were preceded by emotional testimony from Arbery’s family, which told the court about how his killing had impacted them and changed their family.

They also condemned the actions of both men, with Cooper-Jones testifying to her confusion when she learned Gregory McMichael was with Travis he killed Arbery. At first, she said, she questioned whether that could be true.

“I struggled to come to the realization that a father would actually accompany his son to take a life,” she said. “I didn’t want to believe that, because me as a mother, I could never accompany my son to do any type of crime.” 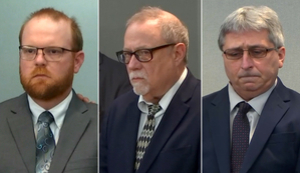 Before Gregory McMichael was sentenced, he acknowledged Arbery’s family, who were in court, saying the “loss that you’ve endured is beyond description. There’s no words for it.”

“I’m sure that my words mean little to you, but I wanted to assure you I never wanted any of this to happen. There was no malice in my heart or my son’s heart that day,” he said.

Gregory McMichael also apologized to his wife and his son, saying, “I should have never put him in that situation.”

“Finally, I pray that God’s peace will come to the Arbery family and this community,” Gregory McMichael said.

Cooper-Jones told CNN’s Sara Sidner that while she accepted the apology, “I did not forgive him for what he did.”

She said she thought he had a lot to think about while he’s been in jail for the past two-plus years.

“He’s come to terms with he made a very bad decision, and he wanted to say he was sorry,” she told CNN. “So I did accept it, but as far as forgiving, I haven’t forgave him.”

“When this first happened, he should have shown some kind of remorse then,” Arbery said. “When you get caught up and it’s looking bad for you, that’s when you’re trying to apologize. That’s a bad time to apologize. He should have did that day one.”

Attorney Ben Crump, who represents the Arbery family, said he hopes it is a “turning point in the civil rights movement.”

“This sentence sends a message that vigilantes cannot hunt down and kill an innocent Black man, putting themselves in the roles of police, judge and executioner, without paying a high price,” he said in a statement.

Arbery’s killing, months before the police killing of George Floyd in Minneapolis, was in some ways a harbinger of the nationwide protests that erupted that summer as demonstrators decried how people of color sometimes are treated by law enforcement.

Travis McMichael’s attorney Amy Lee Copeland argued Monday for her client to remain in federal custody and to serve out his prison term with the Federal Bureau of Prisons rather than the Georgia Department of Corrections.

Travis McMichael fears for his life in a state prison, Copeland said, telling the court his client had received “hundreds” of threats. Forcing him to serve the time in a Georgia state prison would essentially amount to a “backdoor death penalty” that could leave McMichael vulnerable to “vigilante justice,” she argued, acknowledging the “rich irony.”

Gregory McMichael’s attorney made a similar request, but argued the 66-year-old should be kept in federal custody for his health.

Prosecutors opposed both requests. In cases in which a defendant faces charges in separate jurisdictions, they argued, the one that issues its sentence first takes precedence.

The judge agreed and denied the requests, telling Travis McMichael she had “neither the authority nor the inclination” to override the rules.

To make their case, federal prosecutors focused on how each defendant had spoken about Black people in public and in private, using inflammatory, derogatory and racist language. 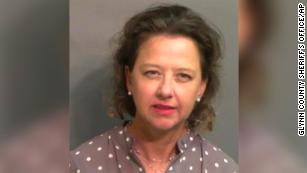 Prosecutors and Arbery’s family had said he was out for a jog — a common pastime for the former high school football player — on February 23, 2020, when the defendants chased and killed him in their neighborhood outside Brunswick, Georgia.

Defense attorneys argued the McMichaels pursued Arbery in a pickup through neighborhood streets to stop him for police, believing he matched the description of someone captured in footage recorded at a home under construction. Prosecutors acknowledged Arbery had entered the home in the past, but he never took anything.

The defense also argued Travis McMichael shot Arbery in self-defense as they wrestled over McMichael’s shotgun. Bryan joined the pursuit in his own truck after seeing the McMichaels follow Arbery in their pickup as he ran.

Two prosecutors initially instructed Glynn County police not to make arrests, and the defendants weren’t arrested for more than two months — and only after Bryan’s video of the killing surfaced, sparking the nationwide outcry.

CNN’s Jason Hanna and Travis Caldwell contributed to this report. 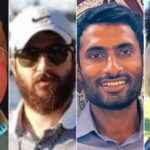 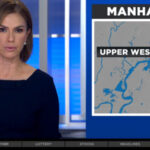