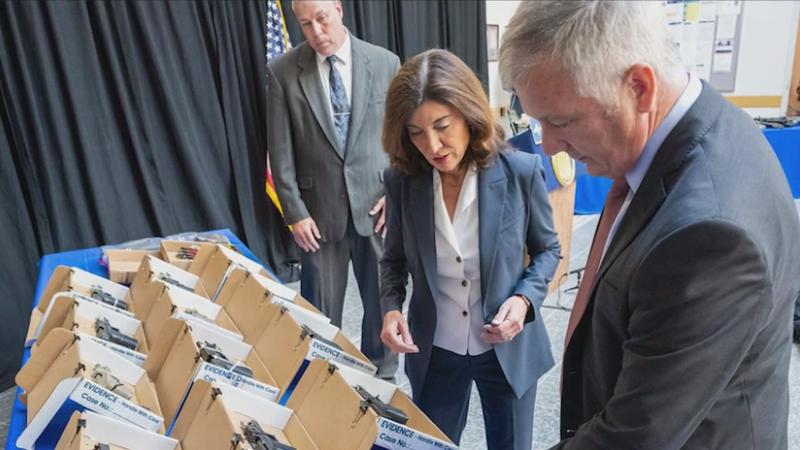 Where do the guns come from? Special unit of NYSP tracking them

ROCHESTER, N.Y. (WHEC) — With the number of shootings and killings in Rochester over the past two years, we at News10NBC have tried to have a laser focus on illegal guns.

The questions we ask are: where did they come from? And how did they get here?

Today got new information from the specialized unit of the state police looking for these illegal guns.
First some numbers.

6,000 illegal guns have been seized in New York State this year.

RPD has recovered 472 illegal guns, an average of two guns a day.

And one reason we’re seeing so many is a simple shift in focus.

In Albany, Governor Kathy Hochul was given a tour of guns seized by a special unit of the state police called GTIU. That stands for “Gun Trafficking Interdiction Unit.”

All these guns displayed for the governor were recovered at the same time.

“We’ve had one goal. One goal: get illegal guns off our streets,” Gov. Hochul said.

The unit was created a year ago and in December it started to look into guns like police have always looked into illegal drugs.

“You might say to me wait a minute – weren’t you guy doing gun investigations before?” asked Kevin Bruen, Superintendent of the state police. “Yes. But our primary focus on a lot of these things over the last 50 or 60 years has been narcotics.”

Bruen, said police naturally got guns in those drug cases. But here’s the shift in focus this year.

“What hasn’t happened is a strict focus on — wait a minute — this gun appears not to just have been stolen in a one-off, but this gun appears to be trafficked from another state in an organized way,” he said. “Those kinds of cases get this GTIU focus where they’re going to focus on the source of the guns and try to work that back.”

“Myself and the council president were on Clinton Avenue and witnessed the hard work these men and women are doing on a daily basis even in the midst of their grief,” the mayor said referring to the murder of Officer Tony Mazurkiewicz.

Police will show the guns they get and have news conferences but they don’t share the information that would help us understand where the guns come from.

Even when we provide the make, model, and serial number of an illegal gun seized in Rochester, law enforcement will not divulge the trace data on that gun.

The city is working on its own data and plans to share it sometime this year. 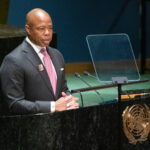